What is a Ladyboy, known in some parts of the world as Kathoeys or Transgender. They are men who often, from birth, identify as females and elect from an early age to adopt a feminine appearance and posture. Whilst many such men are frowned upon in western cultures, in Thailand they are not merely accepted by their families from childhood but are in many cases respected by society generally.

Whereas so ladyboys gain their pleasure and identity from dressing as the opposite sex and are generally known as transvestites. Other’s dress and identify as members of the opposite sex full time, whilst they are transitioning to being female. They are so accepted in Thailand that they can gain employment as service ladies in large shopping malls, restaurants etc.

Due to this there is a thriving community of ladyboys to be found across the country and not merely in the metropolis, As said previously whilst they are sometimes ostracized in the western world they are sought-after by many Thai establishments looking for committed staff, which indeed they are and are sought by customers due to their superior service and willingness to help. 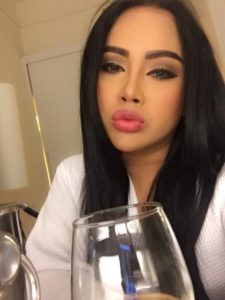 society why would a ladyboy then elect to become an escort. The real question is why he would not, what greater demonstration of his feminine sexuality could he have then adopting a role usually followed by women. Pattaya ladyboy escorts take huge pride in their appearance and skill with make-up which is supported by their flare with fashion. It is not unusual therefore that many visitors to Thailand are unable to tell the difference, indeed they often see the ladyboys as more beautiful.

Due to the less tolerant attitude in western society there is a great demand for ladyboy escorts by western visitors here in the East and they are delighted to be so sought after, as being admired in such way re-enforces their feminine feelings.

You will also often find these attractive kathoeys being welcomed in other adult entertainment venues, such as the World Famous Alcazar Cabaret Show to be found on 2nd Road in Pattaya, with some enterprising lovelies combining both their elected forms of employment.

This website uses cookies to improve your experience while you navigate through the website. Out of these, the cookies that are categorized as necessary are stored on your browser as they are essential for the working of basic functionalities of the website. We also use third-party cookies that help us analyze and understand how you use this website. These cookies will be stored in your browser only with your consent. You also have the option to opt-out of these cookies. But opting out of some of these cookies may affect your browsing experience.
Necessary Always Enabled
Necessary cookies are absolutely essential for the website to function properly. This category only includes cookies that ensures basic functionalities and security features of the website. These cookies do not store any personal information.
Non-necessary
Any cookies that may not be particularly necessary for the website to function and is used specifically to collect user personal data via analytics, ads, other embedded contents are termed as non-necessary cookies. It is mandatory to procure user consent prior to running these cookies on your website.
SAVE & ACCEPT